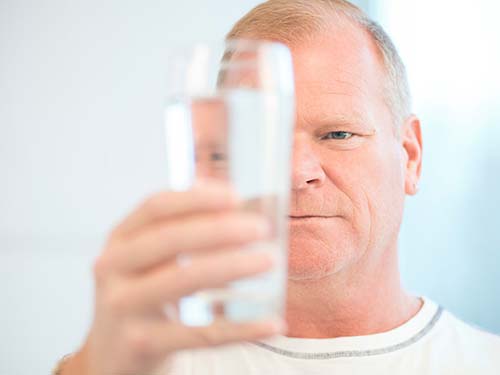 Kinetico Incorporated, a leading manufacturer of quality water systems, is pleased to announce its partnership with Mike Holmes, professional builder, contractor and television host with a reputation for “making it right.” As a part of the Holmes-approved products family, Kinetico and its independent dealers will work with Mike Holmes to raise awareness about the need for better water.

With the growing number of consumers interested in water quality, Kinetico was looking to find a partner to help educate consumers about the importance of improving their water. Mike Holmes was a natural choice for Kinetico. “Mike looks for best-in-class, quality product solutions. He is committed to doing things right and improving lives with better water which all closely align with Kinetico’s values,” claims Beth Allison, Kinetico Marketing Director – North America.

“I’ve talked for years about building better, building smarter and today especially, about building healthier,” Holmes states. “Kinetico is the perfect fit for what I do. I want people to be aware of what’s in their homes and how to improve and protect these things, like their water.”

The HOLMES Approved Products program was designed to help homeowners choose products that support a healthy home and safety. Reports show that more and more consumers are concerned about the quality of the water they use and consume in their homes. As a part of the Holmes-approved family, Kinetico’s line of reliable and customizable water softeners, drinking water systems and specialty filters will be recognized for their ability to improve water quality for drinking and cooking, use around the home and in water-using appliances.

“I’ve noticed that many people ignore their water unless it’s causing a visible problem. But having good, clean water impacts the quality of their lives,” Holmes says. “More and more people seem to understand that and are interested in improving their water now. Kinetico can help.”

Founded in 1970, Kinetico is a global manufacturer of water treatment systems for the residential, commercial and OEM markets. Recognized for their reliable, economical and sustainable approach to water treatment, Kinetico products are used and recommended by millions of people all over the world. Headquartered in Newbury, Ohio, Kinetico also has offices in Suwanee, Georgia; Temecula, California; Canada; France; Denmark; Belgium; Spain; the United Kingdom; and China. Further information is available at www.kinetico.com or www.kinetico.ca.

Mike Holmes is a professional contractor and the host and creator of the hit TV series Holmes on Homes, Holmes Inspection, Holmes Makes It Right and Holmes and Holmes. He was named the Second Most Trusted Canadian by Reader’s Digest, Forbes’ Third Most Trustworthy Celebrity and the Eighth Most Trusted Public Name in America. After working in the building and renovation industry for more than 20 years, Mike Holmes was asked to develop and host his first television series, Holmes on Homes, which became an international success and broke ratings records, solidifying Mike's career in television. With more than 30 years’ experience as a licensed contractor, Mike Holmes has been able to use television as a tool to help educate homeowners including how to manage a renovation, what to look for in contractors, the right products for the right job and proper home repair and maintenance. www.makeitright.ca

NEXT STEPS TO CRISP, CLEAN WATER

Find Your Water Expert Schedule a Water Test Get a Quote